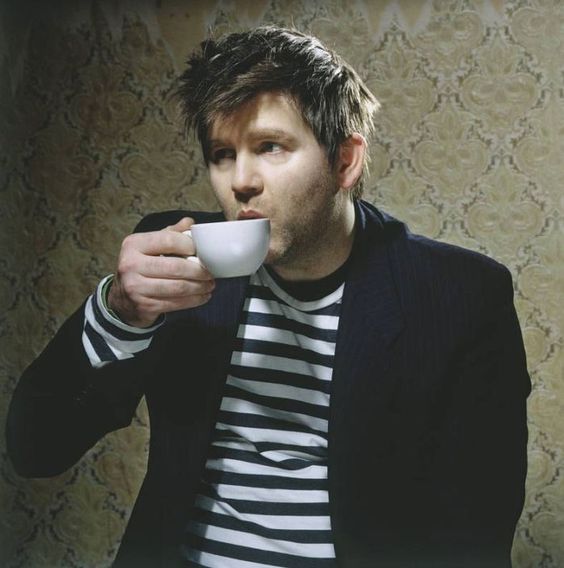 “There’s too much music” declared LCD Soundsystem frontman James Murphy in 2007. “Major labels are pretty terrible at what they do; radio is absolutely shit. Production is terrible, people are terrible at making records – they sound awful.” Murphy was backstage at London’s Brixton Academy at the time, about to play a huge show at the end of a year that saw his second LCD album, Sound of Silver, receive a rapturous response. “I used to like when there was less music, because good things sneak through,” he shrugged. “And now there’s a lot of white noise.”

The irony, of course, is that Murphy’s despair at the mid-Aughts state of music is part of the reason why Sound of Silver struck such a resounding chord. It was an album as raw and honest in emotion as it was clever and slick in execution, and the results appealed to fans from all over the musical map. As Rolling Stone put it in 2012, “Earlier in the decade, [Murphy’s] DFA label had helped get indie-rock kids on the dancefloor. Here he had those same kids shuffling their Converse to the electro of ‘Get Innocuous,’ laughing their asses off to the Euro-baiting boogie of ‘North American Scum,’ and crying in their craft brews to ‘All My Friends’ and ‘Someone Great,’ reflections on aging and regret set to gorgeously throbbing synth grooves.”

At 36, Murphy was no spring chicken when he cut Sound of Silver; he’d already spent years DJ’ing and producing records (and as a defiant youth he’d famously turned down a job writing for Seinfeld). But his experience and ennui only served to intensify the album’s poignancy. (“Rock has become an older person’s game,” he told Spin.) At its heart was the propulsive, anthemic “All My Friends.” The track was covered at the time by everyone from Franz Ferdinand to John Cale, and in 2009, Pitchfork deemed it the second best song of the decade. Meanwhile, Sound of Silver as a whole earned a Grammy nod for Best Electronic/Dance Album and would later turn up on RS‘ 500 Greatest Albums of All Time list.

Murphy followed Sound of Silver with 2010’s This is Happening and ended the band a year later with a four-hour-long farewell show at MSG. He produced Arcade Fire’s Reflektor album, scored two Noah Baumbach films, opened a restaurant and wine bar in Williamsburg, and launched his own coffee brand. Finally, in 2016, Murphy reconvened LCD Soundsystem, with a new album due this year.

It’s Sound of Silver, though, that still serves as LCD Soundsystem’s defining statement – and the record that produces the most heartfelt response from its fans. In honor of its tenth anniversary, we look back at 10 lesser-known facts about this seminal album. 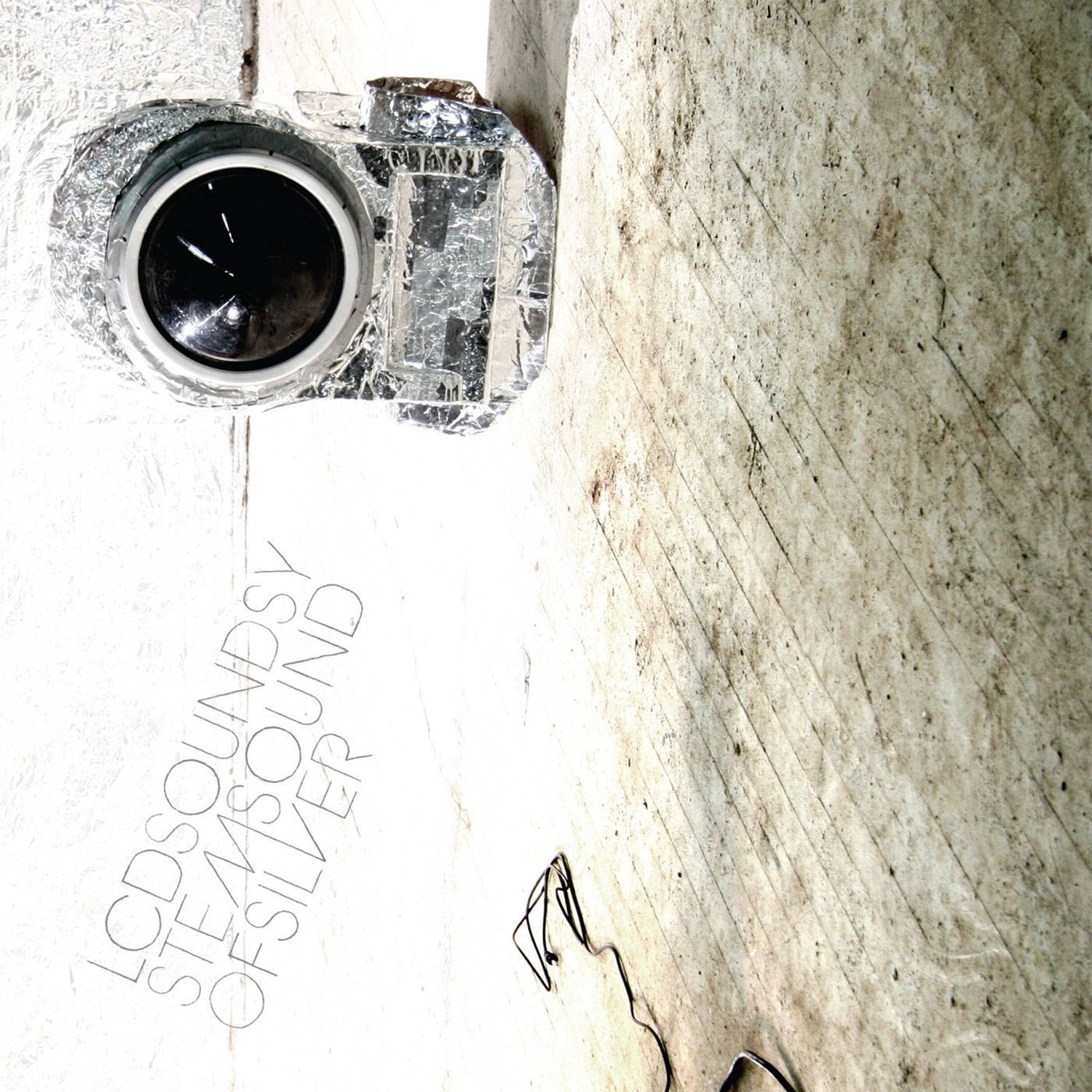 1. Murphy framed Sound of Silver as an antithesis to meaningless rock posturing.

“I’m really focused and obsessed with writing things that are specific. I don’t like big rock lyrics – I find them infuriating,” Murphy told Mojo in 2007. “Rock, in general, gets away with that. It’s like bad poetry. It’s the ‘Mystery of Rock.’ People like that. I don’t.” Accordingly, the songs on Sound of Silver focus on real-life vignettes: A frayed DJ surveying a crowd of teenagers and missing his friends, or a man drinking coffee and marveling at the horror of lovely weather at a time of grief.

2. The album was recorded at a farm, with tin foil on the walls.

That farm was the renowned Long View Farm in Massachusetts. Once a dairy estate, its early-20th-century house and barn were converted into two studios in 1972 by former philosophy professor Gil Markle, and its distinguished, maverick alumni include Stevie Wonder, Bad Brains and John Belushi. It was here that Keith Richards recorded his gin-soaked 1981 Lost Sessions, when he visited the studio to get a feel for the room in advance of the Rolling Stones’ Tattoo You tour. Having recorded their 2005 debut at Long View, LCD Soundsystem returned for Sound of Silver‘s 2006 sessions. Murphy told Clash that he draped the whole studio in silver to set the tone for the album. “The first record I went to a farm and I walked away from it and I listened to the record and I thought it sounded too woody,” he said. “With Sound of Silver I went to the farm again and covered the whole studio in silver fabric and tin foil so it would be more silver.” You can’t fault the logic, and it clearly worked for Murphy; for follow-up disc This Is Happening, the band brought one of the original pieces of silver fabric to L.A. and hung it artfully in the studio at Rick Rubin’s recording den the Mansion.

3. The album is dedicated to a Bulgarian-born psychiatrist.

“Sound of Silver is dedicated to the memory of Dr. George Kamen (1942–2006),” reads the inner sleeve, “One of the great minds of his or any generation.” Kamen was a pioneer of psychodynamic and group therapy in NYC – and was reputed to be Murphy’s longtime therapist. For this reason, there was no small amount of speculation surrounding the lyrics to “Someone Great,” which seem to reference a therapist/patient relationship: “I wish that we could talk about it/But there, that’s the problem/With someone new I couldn’t start it/Too late, for beginnings.” Murphy has been repeatedly questioned about the meaning of the song and refused to answer. “I just think it’s unnecessary because it’s personal,” he told The Quietus in 2010. “Songs are songs and to reduce them is to waste them.”

4. Murphy has said he felt suicidal during the making of Sound of Silver.

Themes of loss loom large on Sound of Silver, from heartbreak, as in the elegiac “Someone Great,” to the loss of youth that’s explored on “All My Friends.” And there’s a sense of societal loss, too, as in “New York, I Love You But You’re Bringing Me Down,” which explores the sanitization of Murphy’s beloved Big Apple. So it’s perhaps no surprise that Murphy had a tough time making the record. “Making Sound of Silver was very emotional at times, where I just hated making that record,” he told Clash in 2010. “In the first half I wanted to kill myself.”

5. Making a running album for Nike served as a creative breakthrough for Murphy.

Ever a corporate trailblazer, Nike had enough cred to persuade James Murphy to contribute to its iTunes-only “Original Run” series in 2006 – yielding the one-track 45:33album – and given Murphy’s turbulent emotional state halfway through the making of Sound of Silver, the offer turned up at just the right time. “That just calmed me down, and the second half of the record was just a breeze,” he said. “45.33 allowed Sound of Silver to become wide. Before 45.33, it was like a parody of the first record and then some embarrassing attempts at reinvention.” At the time, Nike suggested that the album had been sonically tweaked for runners following Murphy’s own treadmill tests, a claim that Murphy later debunked. “I lied,” he admitted to The Guardian in 2007. A jiu-jitsu practitioner, Murphy added, “I’m not built to run. I’m built for fighting, not running away!”

6. “All My Friends” was Murphy’s attempt to rival Joy Division.

Murphy has spoken about the relish he takes in accepting a challenge, especially when bound by clear rules, and on “All My Friends,” he threw down a gauntlet of sorts to himself: to make a song in the vein of post-punk’s most influential band, and to craft the entire track alone. “[‘All My Friends’] is purposefully trying to chase a feeling that I got from [Joy Division’s] ‘Transmission,’” Murphy told Mojo in 2007. “Because it’s the same thing the whole way through, and without any kind of embarrassing rockist gesture. It starts off so gentle, and becomes so fucking overwhelming. By the time he’s going, ‘Dance, dance, dance to the radio,’ your head’s exploding. And I wanted to see if I could make a song without people playing together. Just do it all myself by doing it in layers.” Asked why he thought “All My Friends” had subsequently resonated so deeply, Murphy supposed, “It’s sad-ish, and people are old.”

7. For Murphy, the album’s title signified many things, from fatherhood to “shiny music.”

“I very much like the concept of silver,” Murphy told Fact. “My dad used to say, ‘Having a child is a permanent silver medal,’ meaning that the best you can ever do for the rest of your life is second place. Because you just made something that for your lifetime has to be first place. I’m aware that this is our second record, and I think it’s better than the first.” There’s also that recurrent theme of growing older, as on the album’s wry title track, where a silver-haired Murphy chants, “Sound of silver talk to me/Makes you want to feel like a teenager/Until you remember the feelings of/A real-life emotional teenager/Then you think again.” But the strongest meaning of that title, according to Murphy, is that he felt “the first record was a little beige, was a little ‘safe,’ This time around, we made the studio silver as a constant reminder to remember the glam rock, Chrome and DAF, the things that I think of as shiny music – T. Rex, Heaven 17 and Human League, but more Hawkwind, with ‘Silver Machine.’”

8. Sound of Silver was a one-man show – just the way Murphy liked it.

Officially, the Sound of Silver recording band comprised Murphy plus DFA associates Pat Mahoney, Tyler Pope and Nancy Whang. What this meant in practice, however, is that the rest of the band would generally sketch out their parts, and then Murphy would re-record his own takes. “I don’t have to sit there and pretend it’s a democracy and really be trying to control everything,” he told The Village Voice. “I feel like bands’ ideas become really mushy. They get too democratic; they get watered down.” Murphy just knew exactly how he liked things to sound: “Every person who plays their instrument is better at their instrument than I am,” he told The New Yorker. “I happen to be better at being me. So I can take your instrument and play what I want better than you can.”

9. Murphy was gigantically uncomfortable recording his own vocals.

“I’m still uncomfortable!” he admitted at the time. “There’s never been a time when I wasn’t uncomfortable. It’s horrifying. I kick everybody out, pretty much.” He may have felt awkward, but not so awkward he couldn’t laugh at the vocal comparisons some critics made with the Muppets’ Kermit the Frog on “New York, I Love You. …” The Kermit-starring video that appeared online in 2008 reveals, at its end, Murphy himself as Kermy’s puppeteer. Man and frog would team up once again in 2011 in Javier Douglas’s video for “Dance Yourself Clean,” which includes an afterparty DJ’d by Animal.

The plaudits for the album rolled in; in addition to a four-star rave in Rolling Stone, it earned a 9.2 rating and coveted Best New Music tag from Pitchfork. Metacritic dubbed it the 10th-best-reviewed album of 2007, and Sound of Silver was also named album of the year by Uncut, The Guardian and others. Murphy, as ever, was circumspect. “I don’t read magazines, so all I get is clippings sent to me,” he told Mojo at the end of the year. “So I don’t know what people write about other bands, and all I get is mostly positive reviews and I don’t take it very deeply. …” He conceded that it might make a difference if the reviews were going the other way. “I think that not being all that overwhelmed by good reviews is a luxury,” he said. “I’m like a rich person who says he doesn’t care about money.” 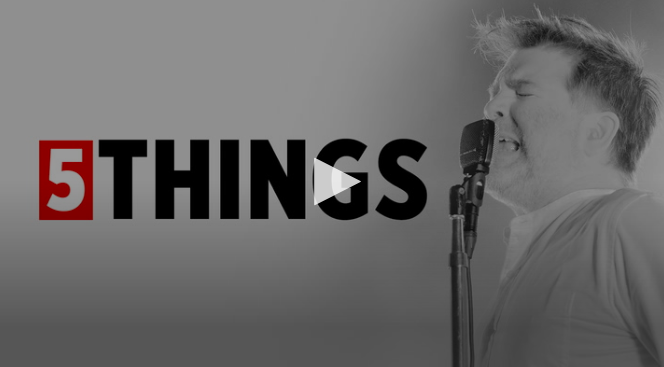