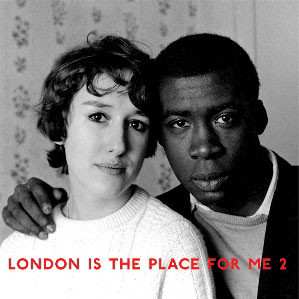 It is a London story like no other: In the 40-odd years since opening its doors as a record shop in Ladbroke Grove, Honest Jon’s has been, variously, a pillar of the local community, the hippest joint in town, at risk of closing down, and so popular that punters couldn’t physically cram into the shop. Now, in 2018, Honest Jon’s is in rude health, operating as both a store and a record label.

“The way we flourish is by taking risks and getting involved with weird things,” says co-owner Alan Scholefield. Sitting in the basement of Honest Jon’s’ Portobello Road HQ, Scholefield is surrounded by neatly stacked cardboard boxes, while diligent employees are packing up records to be mailed all over the world. Honest Jon’s is, in its understated way, hugely successful and undentably cool.

The shop buzzed into life in 1974, and soon started attracting such luminaries as Clash hero Joe Strummer, dub icon Augustus Pablo and jazz maverick-in-the-making, Courtney Pine (he was nine-years old when he first came in). Its employees have included Mo Wax founder James Lavelle, and the Honest Jon’s record label was founded in 2002 on the suggestion of long-time customer Damon Albarn. It has since become a go-to for soul fans, reggae lovers, techno heads, Africa afficionados, free-jazz twitchers and beyond.

Now, Honest Jon’s is coming to Kings Cross, to join the proudly independent, esoteric stores on Lower Stable Street. Scholefield is excited about the possibilities of the massive new development, specifically its “weird little nooks and crannies”, and the mix of people moving through the area – from St Martin’s art students to British Library visitors to international travelers stopping off at the station – “It’s quite a fertile cross-current,” he says. In this way, it’s as perfect a geographic representation of Honest Jon’s diverse customer base as you could hope to find. In celebration of the new store, Scholefield has picked six unmissable records from the Honest Jon’s label; so, no need to feel daunted about what to ask for at the counter.

MALI MUSIC (2002)
“It happened in the most casual and absolutely low-key way,” says Scholefield, of Honest Jon’s genesis as a record label. Back in the 90s, Honest Jon’s co-owner Mark Ainley had mentioned to Scholefield that one of the shop’s customers – a shy chap in a red baseball cap – was the Blur/Gorillaz polymath Damon Albarn (“You know in the 60s there were the Beatles and the Stones? Well, that’s Mick Jagger”, were Ainley’s exact words). “I just thought he was a geezer,” says Scholefield, “But one day he came in and gave me a cassette, and he said, ‘This is something I’ve been working on. We should start a label and put it out’.”Albarn, it turned out, had been making recordings with local musicians (and stars) in Mali as part of an Oxfam project and he was looking for the right home for the album; as Albarn subsequently told The Independent, “It made perfect sense – a good record shop should be able to put out good records”. So, the label was born, and so began, in Scholefield’s words, a great adventure and “a learning curve of all learning curves.”Part of Albarn’s vision was to put on a live event, to bring the story and the label to life, and so the Honest Jon’s team headed to Bamako. It was a visceral experience, and Scholefield recalls the smell of wood smoke and incense in the night’s heat, animals wandering about, and the tinkling sound of the kora in the streets. The feel of the city saturates Mali Music, via such musical masters as Afel Bocoum and Toumani Diabaté, along with wildly groovy sounds inspired by local club The Djembe; “After a few hours there, it was like lift-off took place,” says Scholefield, still awed.

“I think of Moondog in relation to someone like Sun Ra, who is just a one-off fully-formed musical genius, who only obeyed his own rules,” says Scholefield. “This is an iconic record for the label, that just clicked for us. Mark and I were Moondog freaks and knew he had a fascinating story, but we were still amazed at how many people got turned on by this comp.” Born Louis Thomas Hardin in 1916, Moondog became known as street musician in New York. He was blind, and made his own extraordinary instruments, which he played while standing on the corner of 54th St and 6th Ave. “There are still people, like my father-in-law, who call a certain street in New York Moondog Corner,” says Scholefield. In his time, Moondog was celebrated by Bob Dylan, Marlon Brando and Steve Reich. More recently, songs like Bird’s Lament have been remixed by Mr Scruff and even used on Match of the Day. “In that song, ‘Bird’ is Charlie Parker,” explains Scholefield. “Do yourself a favour and play it.”

Hot on the heels of the first release in the London is the Place For Me compilation series, the second installment evokes the sound of young black London from the late 1950s and early 1960s, via calypso, kwela, highlife and jazz. Its songs are, by turns, brilliant, funny, danceable and heady; and the tracks are all taken from original 78 pressings – thousands of them – owned by collector Richard Noblett, and sifted through by Ainley and Noblett.“It’s such a lovely, touching image,” says Scholefield, of the record’s sleeve, which depicts a mixed race couple during the 70s, taken by brilliant Jamaican-born photographer Charlie Philips. A large poster of the record’s artwork hung in the window of Honest Jon’s when the album was released; Scholefield recalls one miserable, wet Thursday when the store had been empty for hours, and a customer finally came in, holding the sleeve next to his face and looking deadly serious. “It was him!” says Scholefield, “and he broke into a huge grin.” He loved the picture, and lived up the road from Honest Jon’s; turns out the couple had married, and though they eventually parted ways, he gazed at the photograph fondly, saying, “Such a lovely little face”.These songs exemplify the spirit of the shop; they’re about neighbourhood, says Scholefield, “about people and really just living the life in this city, taking the tube and eating dinner and watching cricket and getting on with it.” It’s no coincidence that the series’ title track is featured in the movie Paddington, given that its director was a keen customer of Honest Jon’s and the film is itself a gentle commentary on the immigrant experience in London. “That’s one thing that you can put on my gravestone, mine and Mark’s,” says Scholefield, “that we had a hand, in some small way, in putting this stuff out. It definitely made an impact.”

To hear the music in the EMI Archive compilation series is to be completely transported in time and place. Thanks to Honest Jon’s early relationship with EMI, the label was given access to the closely guarded Hayes archive in Middlesex – a repository of every record that EMI has ever issued, going back to the 1890s. “Basically, the company figured they could be like Coca-Cola, sold in every country in the world,” explains Scholefield. “They started as a record company making record players and somebody had the bright idea that one way to help sell record players was to sell records – and if you’re selling records in Egypt, it’s probably easier if they’re Egyptian records. So, a little team went out round the world and recorded music, comedians, preachers … ”You’d think that being given access to such a trove would be a dream job for a musicologist like HJ’s Mark Ainley, who had the job of selecting the tracks, but in fact it was an almost Sisyphean task; he wasn’t allowed to take records off the shelf himself, and had to request recordings – but there was no list to request them from. “It was a treasure trove, but disorganized to say the least,” says Scholefield, “out of which came these carefully curated albums of music from all over the world.” Sprigs of Time brings together the best of these magical, crackly field recordings, made between 1903 to 1957, you don’t have to go to a vault in Middlesex and sift through thousands of records yourself.

Pioneering electronic mastermind Darren Cunningham has described his sound as “R&B concrète”, and his second album for Honest Jon’s is as edifying as it is experimental, a mind-melting amalgam of delicious beats and shifting textures. Of the different currents on the label, from reggae to free jazz, techno looms large at Honest Jon’s – other notable HJ associates include Berlin kingpins Moritz Von Oswald and Mark Ernestus. Scholefield and Ainley came to Cunningham’s music via a recommend from a staffer and were quickly hooked. “Darren is a really creative, interesting guy,” says Scholefield, “and it just seems appropriate that his whole musical journey fits in so easily with what we’re doing – it feels very at home on the label.”

Japanese blues and jazz singer Asakawa was well known and loved in her home country, and one can well imagine jazz-head author Haruki Murakami swooning to the sound of the singer’s discs back when he was a record store clerk. A countercultural icon and a bohemian, the late Asakawa appeared on Honest Jon’s’ radar thanks to a beloved, long-term employee whose wife is Japanese. Ainley and Scholefield were blown away by her exquisite, slow phrasing, and a combination of strength and vulnerability that recalls Billie Holiday and Nina Simone. Unsurprisingly, this record is one of Honest Jon’s’ most popular compilations.