Lianne La Havas’s new, self-titled album was just released to critical acclaim on Nonesuch Records in the US. Here, she talks with writer Sophie Harris about her third album, which spans the arc of a relationship and reflects musical references as varied as Milton Nascimento, Joni Mitchell, Jaco Pastorious, Al Green, and Destiny’s Child. Find out why she tells Harris: “I dare say that this is the closest I’ve gotten to a pure expression so far.” 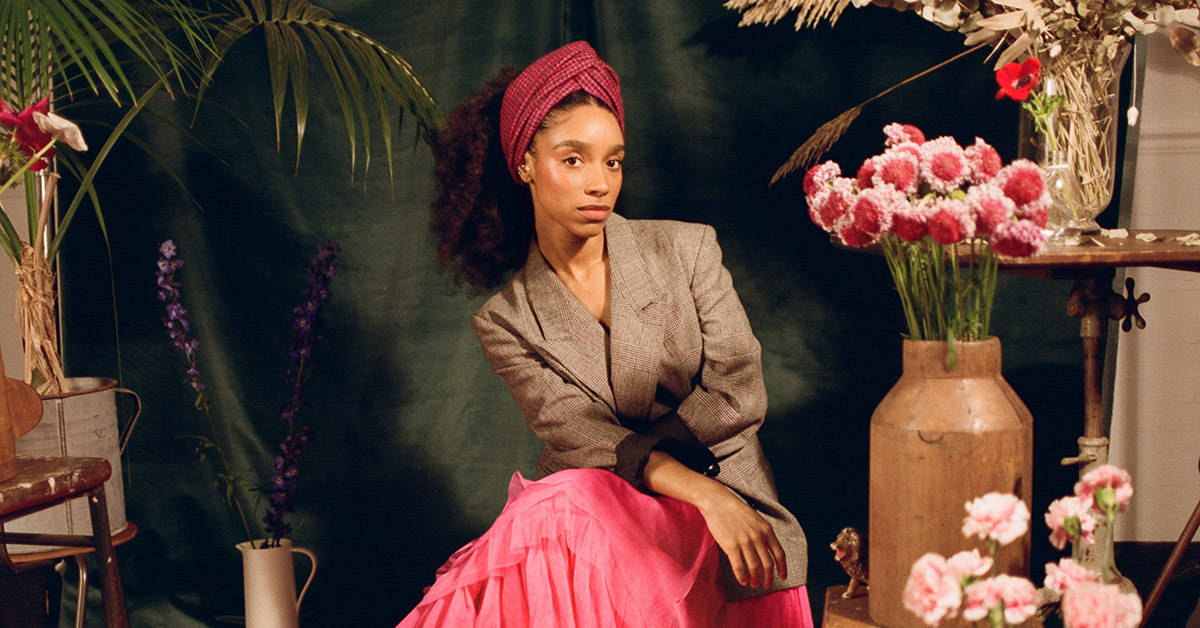 “This is my first completely self-produced album with my own band,” says La Havas, rightly satisfied to have been at the heart of the recording process. “I got my own way with everything—all the decisions that you hear on this album were mine. So when I realized that it was actually going to come out, I had a different kind of feeling than with the others—because it is more exposed, more intimate,” she says, starting to laugh. “But I didn’t know until I began preparing to release it how nervous I actually am!”

Those who have been awaiting the follow-up to the singer’s lauded second album, Blood, will have been clock-watching for some time, now—five years, to be exact. But not a moment has been wasted in the album’s gestation. You’ll hear this for yourself, of course, but you can also take La Havas’s word for it. “I dare say that this is the closest I’ve gotten to a pure expression so far. If you’d never heard me before, I’d be happy to say, ‘This is me. This is who I am.’”

It’s been quite a journey. In one sense, geographically: La Havas spent a lot of time moving back and forth between the UK and the States working on writing and exploring her own identity. As a teen, she had found growing up in London challenging. “It seems so simple to say to someone, ‘Oh, just be yourself,’” she says. “But you spend your whole life discovering what that is.” From the first time she visited LA, though, she felt relaxed—relieved of history and expectation.

It felt like a place to flourish. Partly thanks to the city’s creative industry and a kind of buzzing-bee work ethic: “It’s a different mindset—everyone is ready to go to the studio, all the time!” And, on a deep level, culturally. “Black culture in the US is beautiful in its own way. There’s pride about it, and it’s beautiful. Being accepted and encouraged for being different is an amazing feeling, because I didn’t accept myself for a really long time—and I feel America helped me to do that.”

Accordingly, Lianne La Havas feels spacious and luminous. Its sunbaked sounds recall, in places, the Brazilian singer, songwriter, and guitarist Milton Nascimento (on “Seven Times”). You might also hear the curveball chords of Joni Mitchell and Jaco Pastorious’s jazz explorations (“Green Papaya”), or the puttering drums and inviting warmth of golden-era Al Green (“Read My Mind”). And throughout the record, there’s a sense of empowerment that has its roots in the crisp ‘90s R&B of Destiny’s Child.

When La Havas released her debut album, 2012’s  Is Your Love Big Enough?, she was uneasy about her music, based on the color of her skin, being described as soul. She deftly defines her own relationship with what soul means, now: “I’ve always said that I think any genre can be soulful, as long as you’re telling the truth in your music,” she says. “With soul, what I’m talking about is a genuine response to a genuine feeling.”

What, then, is the truth of Lianne La Havas? Overtly, its ten songs span the arc of a love relationship. The album’s opener, “Bittersweet,” functions as a kind of an overture, setting out what follows, before the giddy, love-struck rush of “Read My Mind.” “I’ve only had that feeling a couple of times in my life,” says La Havas, “but I’ve never found a moment, musically, to talk about it before. If I could put the feeling of love into some chords, it would be these ones—sonically, to me, it just feels like ecstasy.” It is unabashedly sensual in what La Havas describes as “that uncontrollable need for contact”. Like the album as a whole, the emphasis is not on playing it cool—rather, that “there’s a coolness in being honest about your feelings.”

In the most natural, unguarded way, this is a sexy album. “I’d like to think so,” says La Havas. “I’m a woman now, so I’m less shy and timid about saying certain things. And there’s no right or wrong when it’s your record, so I was very much embracing that fact, as well.”

If these first few songs suggest a flower opening its petals, that’s no coincidence: “What plays a big role in the album is the idea of the life cycle of plants and nature—equating this journey with a seasonal thing that blooms, thrives, goes away, and comes back even stronger,” La Havas says. Over the five years it took for the album to come together, she found herself watching the changing foliage outside her window in south London, struck by how she was growing and changing herself—not always comfortably. “A flower has to dry up and die in order to be reborn,” she says. “You have to get to the rock bottom to rebuild yourself.”

Getting started on the album was not easy. “I was trying my hardest to actually write something, because for a long time, I lost my confidence,” says La Havas. She remembers arriving at the studio feeling blank, like she was no good at the guitar, and couldn’t write or hear melodies. Consequently, whenever she did get a song, or even a fragment that she was excited by, she’d hold onto it. “Some of the pieces that you hear on the album have been around for five years, but I hadn’t had the courage to finish them,” she says.

Among other things, La Havas was exhausted from non-stop touring. This was also a time of deep loss in the singer’s life. When she was twenty-five, her grandmother had died, and then at twenty-six, she lost her great-grandmother. Her creative mentor Prince died in that same year, 2016. “You do change, and you never go back,” she says. “My life changed a lot, and I definitely gained a different kind of maturity after that.”

A turning point arrived when La Havas played a gig at London’s EartH venue, and she was struck by her fans’ appreciation. “I thought, ‘Well, they wouldn’t be there if I was no good,’” she says, “‘I think they see something in me that maybe I should see in myself a bit more.’” Most notably, she had missed the joy of singing, after winding up a huge tour, and the show restored her confidence and reconnected her to her voice. “The fact is, I love singing,” she says, with a laugh, “and I would do it even if there was no one there.”

The recording process began in earnest by accident; returning from a glorious, sunny Glastonbury festival performance in June 2019, La Havas and her core band decided to see if they could nail their lithe live version of Radiohead’s “Weird Fishes” in the studio. “I had the most wonderful, nourishing experience recording that,” she says, “And that’s where I decided: the rest of the album needs to be like this. It’s got to be my band, and I’ve got to do it in London, whenever people have time.” By October, she had all ten songs, and by December, everything was recorded—mainly in London, and also in Bath and New York. In keeping with the album’s intimate feel, everyone who contributed to the record is a trusted collaborator, including long-term songwriting ally Matt Hales, co-producer Beni Giles, and guest co-producer Mura Masa.

The confidence that La Havas has cultivated, both personally and creatively, is audible in the fact that Lianne La Havas is a record that feels utterly real—a living, breathing thing. It hasn’t been polished to a squeak in favor of a “clean” recording; La Havas followed her gut on this album, going with what feels good. For a sense of just how good, listen to La Havas’s deliciously husky vocal on the song “Paper Thin,” a track that melds the sweetness of love with the exhaustion of fighting for it. It is completely authentic, born of real experience and true expression.

Beauty never really goes by the book, and Lianne La Havas is a breathtaking example of this. Now thirty years old, she is excited about playing these powerful songs live. “The best part is that I own them, and really believe in them,” she says. “And, you know, it’s me. So I can’t be afraid of doing what I do, and being who I am.”