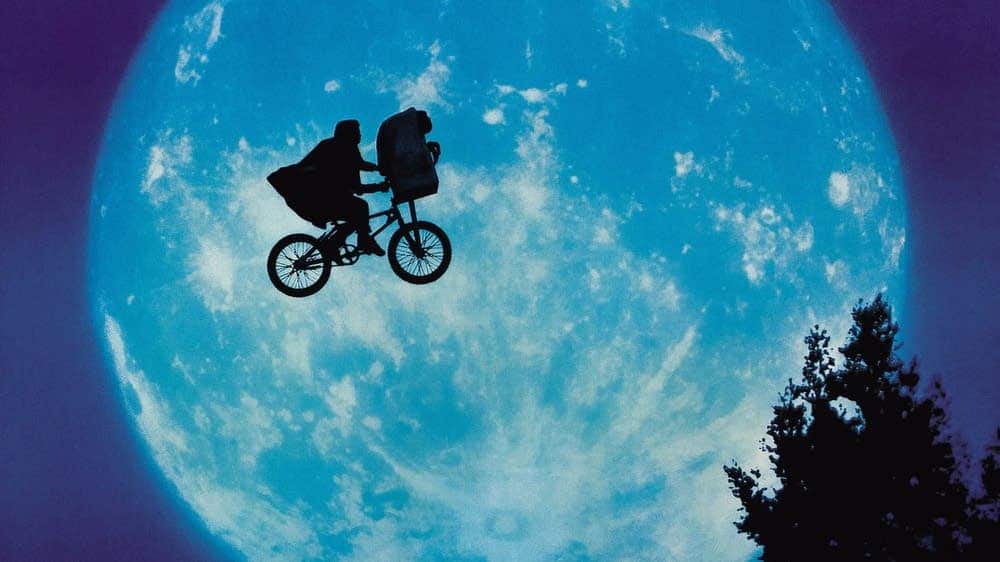 Twinkling scores, glistening synths and easy-flowing jazz: we look at some of the most memorable music in movies

ET: The Extra-Terrestrial
John Williams
Star Wars, Jaws, Superman … John Williams doesn’t just soundtrack films, he soundtracks entire childhoods. The emotional tone of Steven Spielberg’s 1982 blockbuster is one of shared wonder, and that sense of connection is illuminated by Williams’s twinkling score, which teases its central motif throughout the film until it’s finally unleashed in full when Elliott and ET achieve lift-off on two wheels.

Pulp Fiction
Various artists
Intercut with snippets of movie dialogue (Royale with Cheese, Ezekiel 25:17), the deliciously eclectic mix of music in Quentin Tarantino’s 1994 dazzler Pulp Fiction reset the parameters of what a non-scored soundtrack could be – reviving the fortunes of artists (Urge Overkill) and entire genres (surf rock) along the way.

Blade Runner
Vangelis
A soundtrack can do more than accompany a film; it can transform it. And so it is with the Greek composer Vangelis’s score to Ridley Scott’s 1982 film, a cult-turned-mainstream masterpiece. His expansive, glistening music is as much a part of the atmosphere and architecture of Blade Runner as its visuals: vast, bleak, mysterious and romantic.

Pretty in Pink
Various artists
Talk about high praise: Brat Pack auteur John Hughes named his hit 1986 movie after the Psychedelic Furs’ 1981 song (which they re-recorded for the film). Equally, OMD penned If You Leave just for the movie’s triumphant prom scene. Further delights come from New Order and the Smiths.

Ascenseur Pour l’Échafaud
Miles Davis
That there is such an ease and flow to Miles Davis’s score for Louis Malle’s 1958 film noir is hardly surprising, given the circumstances of its recording. Miles and his ensemble improvised over basic themes while loops of the film’s scenes were projected on the studio wall.

Purple Rain
Prince
Even without the accompanying film, 1984’s Purple Rain is one of pop’s greatest albums, shimmering with such gems as When Doves Cry, I Would Die 4 U and Take Me With U. Taken with the movie – grandiose, ridiculous, sexy thing that it is – the Oscar-winning score packs one hell of a punch.

Trainspotting
Various artists
Exhilarating, grim and funny, Irvine Welsh’s 1993 novel gleefully ripped up the stylistic rulebook. The fact that Danny Boyle’s 1996 adaptation of Trainspotting is so pitch-perfect is down in no small part to its glorious soundtrack, which features such rabble-rousing mavericks as Iggy Pop and Leftfield, alongside ambient melancholia from Brian Eno and Blur.

The Wicker Man
Paul Giovanni and Magnet
Integral to the spook, delight and darkness of Robin Hardy’s 1973 British folk-horror movie The Wicker Man is its soundtrack. American songwriter Paul Giovanni composed its songs for the group Magnet in just seven weeks, drawing on Celtic traditions and verse. Highlights include the mesmeric Willow’s Song and groovy fertility romp Maypole.

The Mission
Ennio Morricone
Maestro of the heart, Morricone composed film scores that leave viewers feeling simultaneously uplifted and unravelled. His most affecting score accompanies Roland Joffé’s 1986 film about a Jesuit mission in 18th-century South America via strings that swell and sing, an exquisite oboe theme and soaring choral arrangements.