Cottage industry: the enduring power of the ‘cabin in the woods’ album

From Bon Iver to Taylor Swift, artists and audiences continue to be drawn to the homespun allure of the isolation album 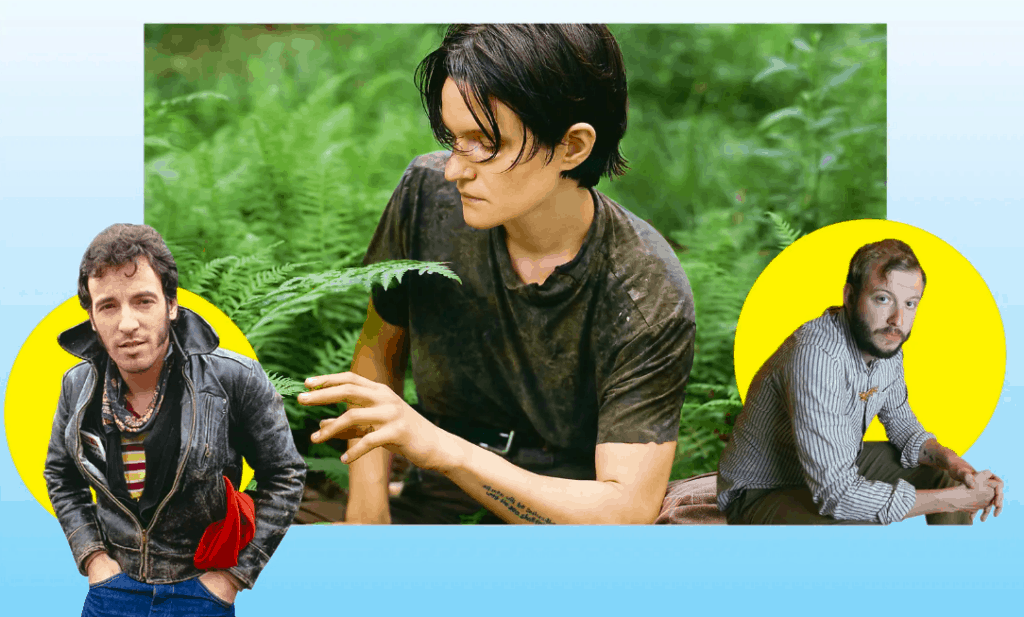 For some, the “cabin in the woods album” aesthetic reached critical mass around 2011, with a headline in the Onion: “Man Just Going To Grab Guitar And Old Four-Track, Go Out To Cabin In Woods, Make Shittiest Album Anyone’s Ever Heard”. To others, it arrived in the form of Taylor Swift’s Folklore LP this July – an album so deliberately homespun in its marketing, it could only have been made more perfectly cottagecore if some bright spark had added the whiff of a wood-burning stove to the packaging. The musical mythology around albums recorded in isolation had become simultaneously mainstream and stripped of the very thing that made it interesting in the first place.

But then, out of the blue, in October, came Adrianne Lenker’s album, Songs. The Big Thief singer made its analogue recordings while holed up in a forest in Massachusetts during lockdown, as a way of working through the grief of heartbreak, and it’s a record of such genuine intimacy it almost feels like walking in on someone else’s kiss, or bath-cry. The record evokes a similar mood, certainly, to Bon Iver’s 2007 debut, For Emma, Forever Ago – the album Justin Vernon recorded while alone and heartsick in a cabin in Wisconsin, which kicked off indie-rock’s preoccupation with the sad, rural record. (In true 2020 “wait, what?” style, Vernon then guested on Swift’s Folklore – recorded mainly in LA, not in a field.)

The Bon Iver LP may have launched a thousand press releases, but the story of the isolation album stretches back to the very first records pressed, close to a century ago. The haunting Cross Road Blues by Robert Johnson was cut in 1936 in the blues singer’s hotel room in San Antonio using a single-reel tape recorder, two years before his death aged 29. Or how about outsider icon Daniel Johnston’s Songs of Pain cassette album, recorded in his parents’ basement in West Virginia in 1981?

Perhaps the most feted isolation album is Bruce Springsteen’s Nebraska, recorded at his home on a humble four-track, over the course of three days in 1982. At this point, the Boss was riding high on the success of such dazzling, exuberant albums as Born to Run and The River. But Nebraska’s songs deal in blue-collar failure and redemption in the quietest terms – this, really, is dancing in the dark.

The common thread that connects these outstanding records is not that they were all recorded in a rural cabin (they weren’t). They’re distinctly solo events, made without distraction and in private. There’s an intense vulnerability that can emerge when we’re truly alone, with no one to perform to – an intimacy that allows the listener to connect with the artist in a very personal way. In the Before Times, there was a certain pleasure to listening to lonesome songs on headphones on a crowded bus. But now that the pandemic has isolated so many of us, these records have the space to really breathe at last.