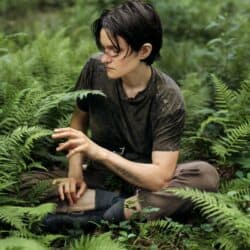 Cottage industry: the enduring power of the ‘cabin in the woods’ album From Bon Iver to Taylor Swift, artists and audiences continue to be drawn to the homespun allure of the isolation album For some, the “cabin in the woods album” aesthetic reached critical mass around 2011, with a headline in the Onion: “Man Just Read more about The Guardian: Isolation albums[…]

WNYC Soundcheck, Guest appearance Jan 2011 Taylor Swift called her second album Fearless, and with good reason: the 21-year-old singer seems to be on an unbreakable winning streak. Fearless was the top-selling album of 2009 and snared the Grammy for Album of the Year; Swift followed those successes last year with a blockbuster tour Read more about WNYC guest: Smackdown, Taylor Swift[…]